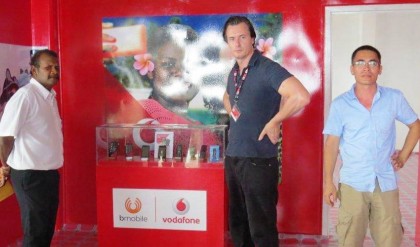 Opened on Tuesday this week, Bmobile Vodafone customers in Malaita will now have access to the company’s ongoing promotions as well as the services provided.