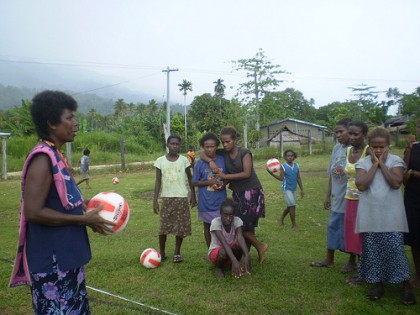 The Roman Catholic in Malu’u has organised a two days Christmas sports tournament.

He says the people are very grateful for the tournament as it engaged young people in sports, saying with the tournament more people participated in the sports tournament rather than involving in other criminal activities.

“The surrounding communities have acknowledged these sporting activities as they help to reduce anti-social behaviour.”

SIBC sports understand the sports tournament has attracted people from Silolo to Bita’ama of North Malaita.

The tournament ended on the 24th of December 2014.