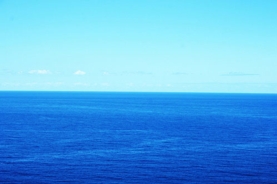 The cold temperature currently experienced in the country is influenced by cold air from Australia and New Zealand, blown over to Solomon Islands and other Pacific Island Countries by the south-easterly trade winds.

Director of Meteorology, David Hiriasia told SIBC News cold air from areas around Australia and New Zealand were brought in by the winds.

“There is cold air there and also the south-easterly trades and also winds coming out from high-pressure systems normally situated around the Tasman seas between New Zealand and Australia were carried by winds to our region at this time of the year.”

Mr Hiriasia adds, while it is normal for the country’s temperature to drop at such time of the year, the difference is that the current temperature is much colder than previous years.

“We normally have a drop in temperature around August-September, that is normal and as I have mentioned, one of the influencing factors there is the high-pressure system in the Tasman sea and cold air coming from the same region. The difference now is that it is much colder.”

Leader of Opposition Matthew Wale has announced that he is today filing a notice of a vote of no confidence against the Prime Minister Manasseh ... Read More

US BUSINESS EXPERT TO HOST WORKSHOPS FOR WOMEN IN HONIARA

Samira Cook Gaines. Photo credit: LinkedIn. A U.S entrepreneurship expert will be in Honiara, hosting workshops for women in the country next week. A media invitation ... Read More