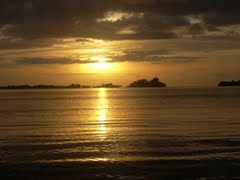 The registration process for the proposed international seaport at Bina Harbour, Malaita Province is expected to be completed by the end of this month.

He said dispute matters have been cleared following a series of dialogues the relevant stakeholders and the landowners.

He adds 80 percent of the landowners have agreed to have the land registered.

SIBC News understands the government will seek an investor for the project.

The two students and His Excellency the Janpanese Ambassador to Solomon Islands. Photo: SIBC. The Embassy of Japan today hands over scholarship airline tickets to ... Read More

The Auluta Basin team who met with Prime Minister Manasseh Sogavare recently. Photo credit: OPMC. A landowner of the Auluta Basin has called on the ... Read More