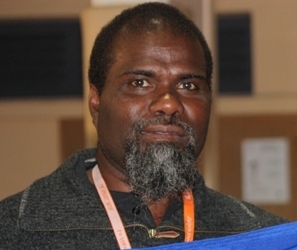 The Director of Public Prosecutions (DPP) Ronald Bei Talasasa has denied claims his office did not make any effort to complete a criminal case which took five years to go to trial.

The accused in the case was Charles Levo, a former lawyer and he passed away just before the trial began at the High Court in May this year.

Mr Levo was to stand trial on 22 counts of conversion after an Australian Businessman took him to Court for mishandling more than one million dollars of his money in 2010.

Last week, an article came out criticising the DPP office about the case.

But Mr Talasasa claims the delay was due to matters including other trials before the High Court, change of defence lawyers and the unavailability of Judges.

Mr Talasasa said his office never at any time neglected or ignored the case and was prepared to prosecute the case in Court.

“All that we do is to deal with each case according to law and by its own merits. The same care and the same enthusiasm was accorded to the complaints by Theo. We did not foresee or contemplate that Levo was to die at such a time. The prosecutions had done its part to prepare for trial and to dispose off the matter professionally, ethically and timely. Other factors, some that were beyond our control dictated how the matter was not completed by the time of Levo’s death. That was unfortunate.”