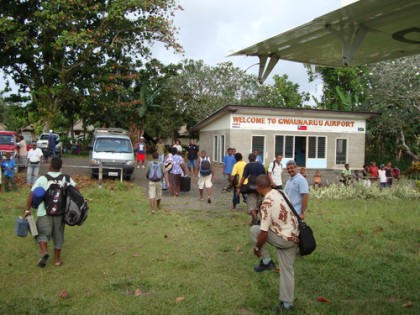 A Government delegation will be travelling to Malaita Province on a mission to resolve the closure of Gwaunaru’u Airport.

The delegation will leave Honiara for Malaita after the Easter week.

Mr Lomo adds, the Ministry is currently consulting with the Prime Ministers Office on the issue and is optimistic it will resolve the issues surrounding the airports closure.

“We have started consultations with the group at PMO and I think after Easter a small group will be travelling down to Auki consult with the parties involved and the province and hopefully we’ll get something out of that.”