HOSPITAL IN CRITICAL SITUATION AS BLOOD BANK RUNS OUT 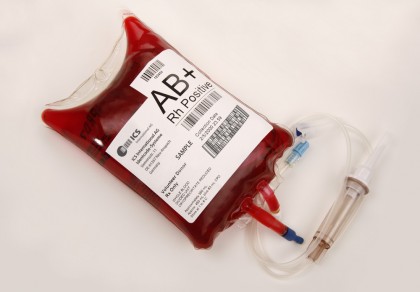 The National Referral Hospital blood bank has run out of supply, leaving the hospital in a critical situation.

Head of the Hospital Medical Laboratory, Donald Tahani says the situation is critical.

“I could describe it as critically low, so low in the sense that fatal outcomes can happen if there is an emergency. Really low, we are simply depending on blood donation from wantoks who are ready here for their relatives.”

He says the Ministry of Health and Medical Services will take up the role left by Red Cross, but it will be a financial challenge.

“The Ministry’s funding does not cover this, but now that they have pulled out, the Ministry has to seek resources to cover this shortfall. So currently we will be working with the hospital management and the Ministry of Health’s executives to deal with this.”

Meanwhile, the Solomon Islands Red Cross Society (SIRCS) has reaffirmed its commitment in continuing to provide support services to the Hospital blood bank.

SIRCS Secretary General, Joanna Zoleveke says Red Cross has supported the blood bank for over 40 years, which shows how committed they are to the program.

She was responding to a front page article which claimed Red Cross has suspended its blood support services from the National Referral Hospital last week.

But Ms. Zoleveke says the report is alluded and without facts as the Red Cross Society is committed to its blood bank support services in the country.

The SIRCS Secretary General calls for responsible reporting from the print media as doing otherwise only tarnishes the status of Red Cross Society and its services in the country.

The footage of the alleged meeting The Minister of Mines & Energy is not expected to respond to video footage of an alleged secret meeting between ... Read More