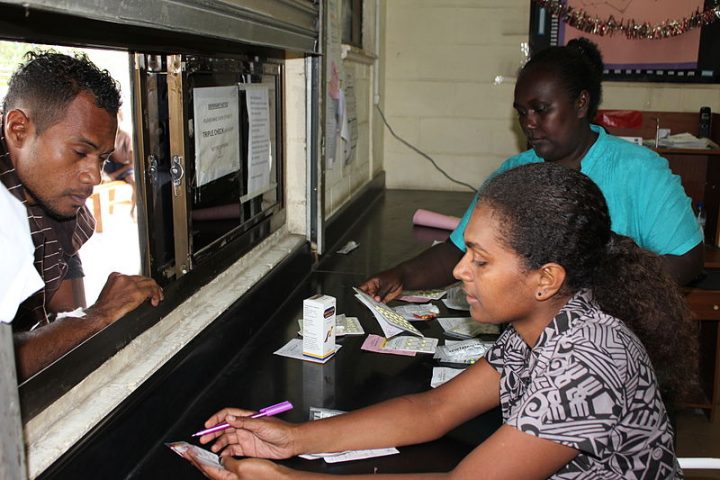 A total of nine containers containing medical drugs and other consignments have been released from the Solomon Islands Ports Authority as of Tuesday this week.

A statement from the Ministry of Finance and Treasury confirmed, the release was made possible following discussions between the Ministry and the Ports Authority on the same day.

The discussions were held between SIPA Chief Executive Officer Eranda Kotewala and the Supervising Permanent Secretary of Health and Medical Service, McKinnie Dentana.

Mr Mckinnie thanked Mr Eranda and his staff for the swift response to his request for allowing the containers and other consignments to be pre-released.

In his response, Mr Eranda said SIPA is pleased to assist the Government in this situation saying, SIPA as a State Own Enterprise is willing to support the Government where it can on issues of national interest.

He further explains, SIPA as part of its community services obligation is happy to help the Government on areas necessary to improve service delivery to the people.

Meanwhile, Mr Mckinnie who is also Permanent Secretary of Finance and Treasury, assured the public and rural communities that a thorough distribution of the medical supplies will be conducted throughout the country.

Mr McKinnie said he has directed the Ministry of Health and Medical Services to process all first quarter medical grants to all Provincial Hospitals to facilitate the distributions as soon as possible to rural clinics and area health centres.

Under Secretary for Healthcare, Dr Gregory Jilini also assured the country that they are now working on distributing the medical supplies starting this week.

He said all provincial health authorities will receive their medical supplies by this weekend or next week depending on transport availability.

Dr Jilini said the supplies will cater for over five months until April this year when the major supply will be available.

He added, the Ministry will continue to monitor the stock levels on fortnight basis and will make short-term orders when necessary.