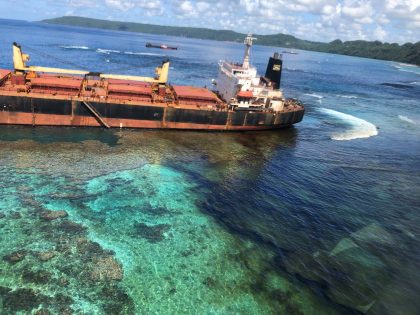 A possible breach of the International Maritime Safety Code has led to the oil spillage on Rennell island, revealed the Solomon Islands Maritime Safety Administration, SIMSA.

Acting Director of SIMSA, Jonah Mitau said, a report is on the way to confirm their initial findings on what has led to the wrecked bulk carrier, MV Solomon Trader.

But Mr Mitau said indications are that the crew onboard have breached what is known as the International Safety Management, ISM, code.

“Two of our investigators have almost completed our preliminary investigations and just for them to put together the report is what’s left and the report will be presented to the Director along with their recommendations.

If they recommend that a Board of Marine Inquiry be convened, then they will conduct further investigations into the shipwreck, but there are indications when they updated me this morning that the ISM code was likely breached, contributing to the washing ashore of the bulk carrier”.

He elaborated on the ISM code. 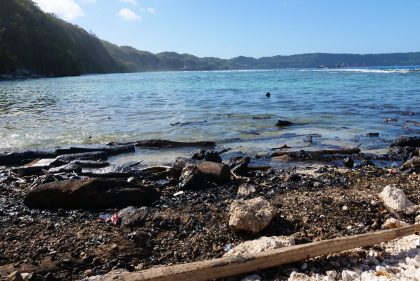 “ISM code, that’s the International Safety Management code that is part of the SOLAS Convention that governs how crews manage themselves onboard a ship, like who should be on watch or who will be on the look out when they are on anchorage or when they are underway and things like that, so they found out that there was a possible breach of that code”.

Mr Aonima said his officers at the wreck site confirmed they have managed to restore power to one of the wrecked vessel’s cranes as of Tuesday this week.

“Yesterday they are trying to regain power to the ship’s crane to start and one of the cranes was working and that is where they will be using it as a platform to station all equipment and the genset for the operations onboard the ship and also they are trying to remove the oil from those tanks that currently have fuel in them to try and transfer them to ballast tanks and other empty tanks onboard the vessel so that it can be balanced for possible refloating”.

He explained, the officers are now trying to transfer fuel from the suspected tank with the leakage to another tank on the starboard side of the vessel.

An Australian Maritime Safety Authority team currently in country have estimated that up to sixty tonnes of fresh heavy fuel oil is present at the site of MV Solomon Trader.