ONLY FEW S.I.P.A WORKERS ARE RESISTANT TO CHANGE: COLIN YOW 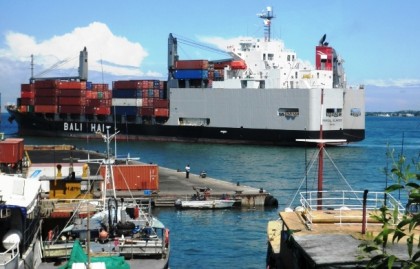 Chief Executive Officer of the Solomon Islands Ports Authority (SIPA) Colin Yow said he believes only a handful of workers at the Ports Authority were resistant to reform.

Mr Yow commented at a media conference Thursday this week.

He says there are only a few SIPA employees who are really doing everything to kill the reform program.

“There is definitely what I call a few militants at SIPA that is really doing everything to kill the reform, damage the reform that is actually not only for SIPA but good for Solomon Islands. Everywhere I go they say just don’t give up, people that I don’t even know stop me and told me don’t give up. It gives me heart that we are on the right track, but it also tells me unless I stop those militants they will keep on stopping reforms.”

The CEO also explained why he used the term militant to describe a handful of people who are stirring up such actions against SIPA reforms.

“In every organisation there are militants as extremists that really are the minority. In this instance, like I said, at SIPA there are very few people, just a handful, maybe not even five but they can actually manipulate the rest of the SIPA people basically to follow suit and they don’t even know whether they are doing the right thing or not and everywhere there is such people. Unless we stop it, it will carry on forever.”