Officers of the Royal Solomon Islands Police Force (RSIPF) at Henderson Police Station are investigating a suspicious death of a 27-year-old male person whose body was found near New Zealand camp area this morning. 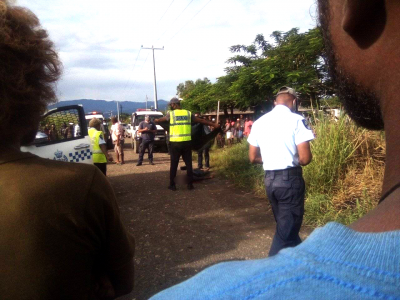 A statement from the Police said the deceased sustained some injuries on his left leg and a cut at the bottom of his ear. Deceased also had blood running out from his nose when he was discovered by the Police.

Police allegedly believed that the killing may have occurred at a different location and the deceased was then dropped off at the location where he was later discovered at the New Zealand Camp area.

Relatives have identified the deceased and he is from Vura Vura village in South Guadalcanal who reside at Alligator Creek.

Sincere Condolence to the immediate family members and relatives for the loss of your son. May his soul rest high with the almighty in heaven.

Investigation into the suspicious death incident is continuing and police are calling on anyone around who may have information please come forward and assist police. Henderson police can be contacted on phone 36200 or 36201 or free toll line 999.

WALE CALLS FOR DISSOLUTION OF HCC

"I was caught in the trap.” Read More