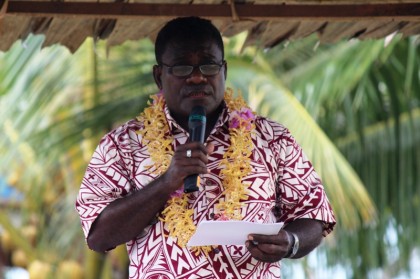 Speaking during the visit Prime Minister Gordon Darcy Lilo describes the visit as a special event.

He says visiting people with special needs is one of his main concern since becoming the country’s Prime Minister.

Mr Lilo adds he is happy to visit a school that is special to our hearts.

Prime Minister Gordon Darcy Lilo also acknowledge the Former Governor General Sir Nathaniel Waena to be the patron of the school adding his visit is to show support to the school.