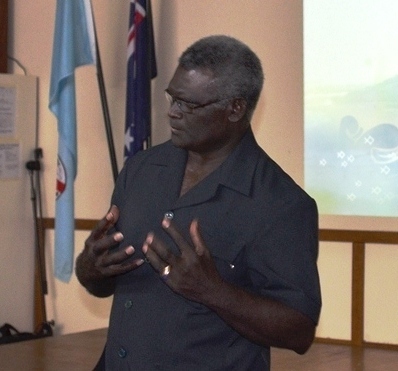 The Parliamentary Opposition Group has urged the Prime Minister to fulfill his promises to the people of Solomon Islands.

In a media statement, the Group said a notable promise among others the Prime Minister and his Government made to the people is the projects in Malaita province.

Prime Minister Manasseh Sogavare recently assured the people of Malaita that the DCC Government is now focusing on Malaita province.

He made the assurance during the launching of Malaita’s new Policy Strategic Document in Auki, March this year.

However, terming the promises as “political rhetoric” the alternative government said after seven months of DCCG existence; people are yet to see any difference.

Meanwhile, the Opposition said it understands the Prime Minister is planning to attend the Malaita provincial second appointed day this Friday.

It urged the Prime Minister not to proclaim any more promises if he cannot fulfill them.

The Group called on the people of Malaita to be vigilant and be mindful of political propaganda that lacks substance.