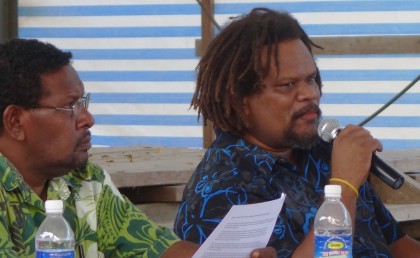 The Solomon Islands National Teacher’s Association (SINTA) has presented its resolution and submissions on the Teacher’s Housing and leave packages to the Democratic Coalition for Change Government.

In an earlier executive meeting, SINTA agreed to deliver the demands of housing allowances, leave packages and the education act review to the government by yesterday Friday 23rd January.

SINTA General Secretary Samson Faisi told a media conference, SINTA urges the Ministry of Education and the government to include the teacher’s demands in its budget this year.

He said allowances passed during the government budget meeting should be paid into teacher’s bank accounts in full.