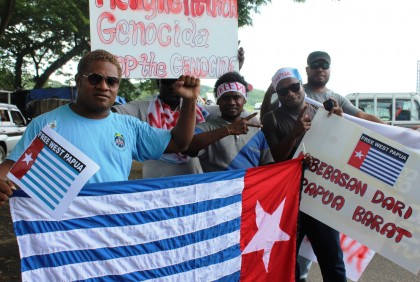 Solomon Islands will not be intimidated by Indonesia or other countries in the Pacific Islands Forum in its push for West Papua.

Mr Sogavare says he is willing to take it to the next level, to demand global action through its membership of the United Nations inNew York.

Speaking to journalists, PM Sogavare says he has three clear proposals – to push for observer status, agree to a high-level fact-finding mission and have West Papua listed in the United NationsCommittee Decolonisation Committee, known as the Committee of 24.

Prime Minister Sogavare has included his Special Envoy on West Papua, Matthew Wale and the leader of the United Liberation Movement for West Papua, Octavanius Mote in his delegation to Port Moresby this week.