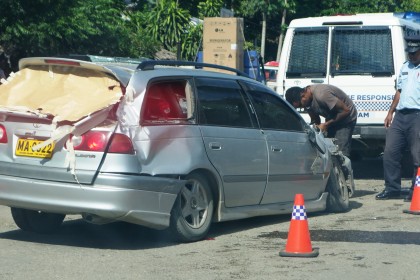 Police records have shown a surge in the number of traffic accidents from January to August this year.

The Royal Solomon Islands Police Force (RSIPF) Traffic Section has recorded a total of 225 traffic accidents from January to August.

“So far we have recorded six fatal crashes which occurred on our roads at this time.”

He adds, most of the accidents were alcohol-related.