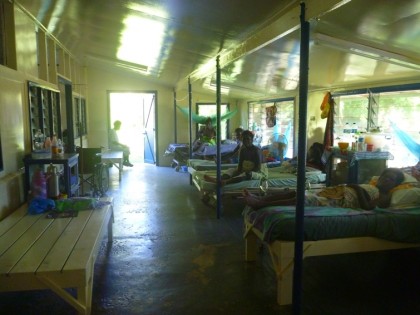 Helena Goldie Hospital in Munda, Western Province has recorded a surge in Tuberculosis cases as of last month.

This was according to a former Government Communication officer, Brian Beti who reports, this information was collected following the visit of the World Health Organisation Regional Director for the Western Pacific Dr. Shin Young-soo to Helena Goldie Hospital early this week.

“Dr. Shin-Young-soo saw a little how work was done at the Helena Goldie hospital where right at the moment they are still dealing with an outbreak of Tuberculosis, a sickness which went undetected for some time but resurfaced and according to sources at the hospital it is surging and the number of TB cases recorded for the past few months is similar to their annual records, so by local standards at the moment TB cases are high.”

SIBC News will run a separate story on this from relevant authorities.