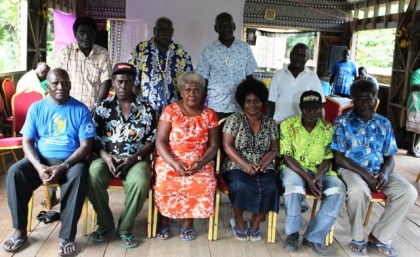 Communities in Vella La Vella, Western Province have established its Council of Chiefs.

The Vella La Vella Council of Chiefs will govern four House of Chiefs in the area.

A press statement from the Ministry of National Unity, Peace and Reconciliation says the Council was formed after a ‘Strengthening and Empowering Leadership’ workshop.

Meanwhile, the Minister for State, Community and Church Affairs in the Western Province, Jane Tozaka has acknowledged the chiefs, traditional leaders, church leaders, women and people of Vella La Vella for their visionary leadership.

Minister Tozaka also highlighted that the Western Provincial Government recognizes the roles of chiefs and traditional leaders in the community.

She also promised to table the Traditional Governance Ordinance in the Province’s next Assembly Meeting.

The Traditional Governance Ordinance is to empower and strengthen the work of the chiefs and traditional leaders in Western Province communities.

The Tandai House of Chiefs wants all companies and business houses operating along the Honiara seafront to sign a Memorandum of Understanding (MOU) with them ... Read More