VILLAGERS CONCERNED OVER NOISE FROM HELICOPTER 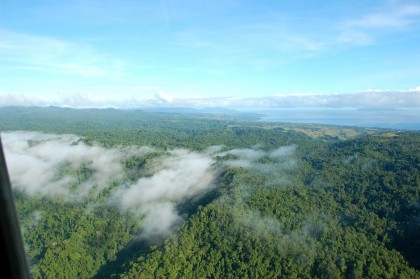 People living around Koli Point area, north Guadalcanal are seeking answers to why a Helicopter is circulating their communities for the last three weeks at around 7.30pm for half an hour every evening.

SIBC’s north Guadalcanal stringer, Dudley Gani reports, Chief Rex Viu says his people are demanding an explanation as to why the helicopter is circulating their communities, saying this is disturbing.

“Chief Rex Viu said what the helicopter did was so disturbing and his people need to know the reason why it has done this for nearly three weeks now. Chief Viu said whoever owned the helicopter or whatever responsible authority send it there must explain to them the purpose of the nightly flights.”

However, Police Media Unit and Guadalcanal Police explain, it is part of the pilot’s training exercise, saying every few months when a pilot’s term expires a new pilot will be brought in to fly the helicopter.

Police say all new pilots go through such familiarisation training.

It adds the circulation of a helicopter within communities and sometimes in Honiara is part of the pilot’s training program.

Japanese Ambassador Kenichi Kimiya flanked by the Koghe project team. Photo credit: SIBC. A grant contract of more than SBD$500,000 has been awarded to the ... Read More