ADMITTED PATIENTS NOT BEING FED MEALS BY HOSPITAL 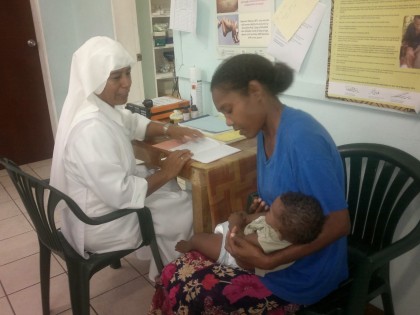 Admitted patients at the Good Samaritan Hospital at Tetere, North Guadalcanal are not being fed meals by the Hospital.

One of the patients, Selwyn Suba an Anglican priest, admitted twice at the hospital, told SIBC’s North Guadalcanal stringer Dudley Gani that the government must address this issue.

Gani reports the priest as saying, if the government can financially support hospitals in the country, it should also do the same for the Good Samaritan Hospital.

“This has caused Anglican Priest Selwyn Suba who was admitted twice at the Good Samaritan Hospital to call on the government, through the Ministry of Health and Medical Services to provide some financial assistance to the hospital, so that it can provide food for its admitted patients. Priest Suba said if the government can help admitted patients at other hospitals throughout the country with food, why not do the same with the Good Samaritan Hospital.”

The priest also called on the hospital administration to build a proper kitchen so that admitted patients can use to cook their food.