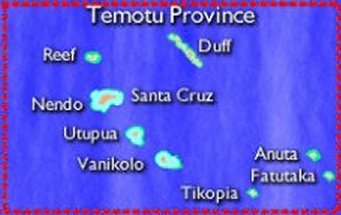 Noel Huta who claims to be the Chair of their disaster committee told SIBC News, the disaster authorities must not forget to conduct assessments on Duff islands.

He said unlike cyclones in the past, Pam was the worst they have ever experienced.

“It washed down the artificial islands and homes close to the sea wall and the homes were inundated by salt water. The Homes were destroyed and we tried to evacuate people living on these artificial islands to higher ground to a classroom and staff houses, where they are currently taking shelter. On the mainland, we moved to higher and safer grounds finding safe shelter, especially for children. We just leave what’s behind and escaped.”

He said the National Disaster Office must send a team to Duff islands to prove the extent of damage.

“To prove and believe this I think it’s best I call for an assessment team from the National Disaster Council to go and assess the damage caused on Duff islands.”