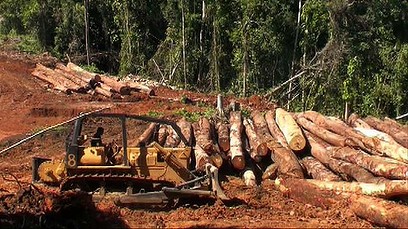 A man from Rennell Island has said the recent burning of heavy machines on the island is in protest of ‘inaction’ both from the police and the Rebel provincial government.

But speaking to SIBC News, a Rennell man who wished to be known only as Mr. Temoa, said the burning incident could have been avoided if the Police acted promptly.

He says the group who burned the machines have no option but to act after their attempts to get help from the Police was ignored.

“Twice they went to seek help from the police, first a verbal request with them concerning logging entering their land which was under a concession belonging to one of the group, so police failed to respond to their verbal request nor a written request they submitted to the police. Hence, hearing the machines nearing their homes, they decided do nothing but burn them down.”

Meanwhile, Police Commissioner Frank Prendergast said there are well-established mechanisms for people to raise their complaints to the Police.

“We’ve got well-established mechanisms for people to make those complaints and we’ll deal with them, and in relation to the issue that we’re referring to there’s been complaints made from both sides so that’s the first point. The second point is quite often Police are trying to defuse issues and to deescalate issues, so to preserve community safety and security so I am not going to sit here and second guess what the police officers did on the scene because that’s a judgment for police.”