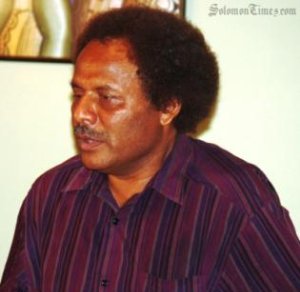 Outgoing Member of Parliament and Candidate for Central Honiara, John Moffat Fugui came under heavy questioning by constituents at Fulisango and Feraladoa communities in Honiara recently.

The constituents strongly requested that he provides financial reports of how he has used constituency funds and who received projects or financial assistance during his term in Parliament.

A Jones Sanga in an email sent to SIBC News says, to gain confidence and absolute trust, the former MP must respond to the people he represented.

He adds, people are expecting their leaders to be transparent, honest and accountable and not otherwise.

Meanwhile, Mr Sanga says the former MP frankly denied having regular public meetings with the communities except requested by the St Peters, where he had given financial assistance.

Former MP for Central Honiara could not be reached for his comments.