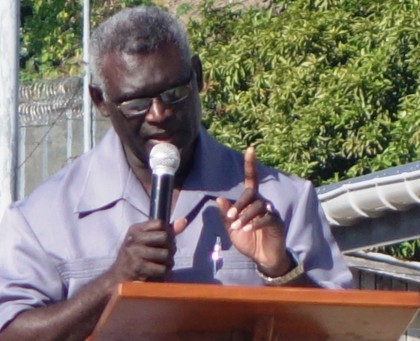 Delivering a powerful speech today Prime Minister apologised publicly to the people of Solomon Islands, saying what happened on the 5th of June 2000 is a direct result of our people to the carelessness of the national government and the provincial government.

He adds, the National Healing and Apology Programme is about peace and unity.

“We need peace, we need unity, we need that to enable the country to pursue nation-building in an environment that is free from all forms of barriers and hindrance, we need to take that step. This program is about getting the heart right before we can even begin to realistically talk about issues and nation-building!”

Parliament Members, Premiers, diplomatic corps, former combatants from Malaita, Guadalcanal, Western Province including observers from the Autonomous Government of Bougainville, took part in the official opening of the program this morning.