POLICE CALLED ON TO SETTLE BRAWL DUE TO LOGGING 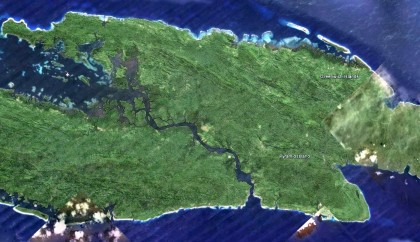 The customary tribal landowners of  Arapuamora and Taniakaro in Small Malaita are calling on the police to intervene and address a continuous brawl between a logging licensee and people of that regionafter the  logging licensee is believed to have breached a High Court Order.

Speaking on behalf of the Arapuamora and Taniakaro customary landowners a Stephen Wasi says the landowners have made the concernfollowing an order from the high court in April this year – to intercept the logging licensee from entering, felling or removing anytrees or logs felled within the Arapuamora and Taniniakaro customarylands until further orders from the court.

He says despite the High Court Order, logging activities are continuing to happen, saying as a result, some women were threatened for trying to stop the logging company  last week.

“It was the women who fought against those workers and they are using other boys from the village to chase away the women as well as threaten them away from their gardens. This has gone on for a while and not just the first of such to have happened.”

However, a spokesman from the Police Media Unit confirms to SIBC news, the police are aware of the situation as of yesterday and arecurrently carrying out their investigations into the matter.

A car accident at Fishing village, Honiara this year. Photo credit: SIBC. Police records have shown a surge in the number of traffic accidents from January ... Read More