People along the shoreline,searching for missing people. Photo: SIBC.

Police have recovered a body from the sea area between the Coconut Cafe and the Heritage Park Hotel this morning.

SIBC will continue to broadcast updates on the weather situation as they are made available from National Emergency Operation Center of the National Disaster Management Office.

Meanwhile, three people have been confirmed dead as flash floods continue to cause havoc in Honiara.

Many are also still missing while hundreds were left homeless after strong floods swept away their homes along the Mataniko river.

Many more homes at White River and Rove were inundated.

The old one-lane Mataniko bridge is gone. On the Guadalcanal plains, hundreds of villagers head for the hills last night as flooding took away homes.

China Town was hard hit when Mataniko River bursts its banks, weeding out anything that stood in her way.

The swept homes and debris rested at the old Mataniko Bridge and at around 3:30pm, the river spilled into China Town. 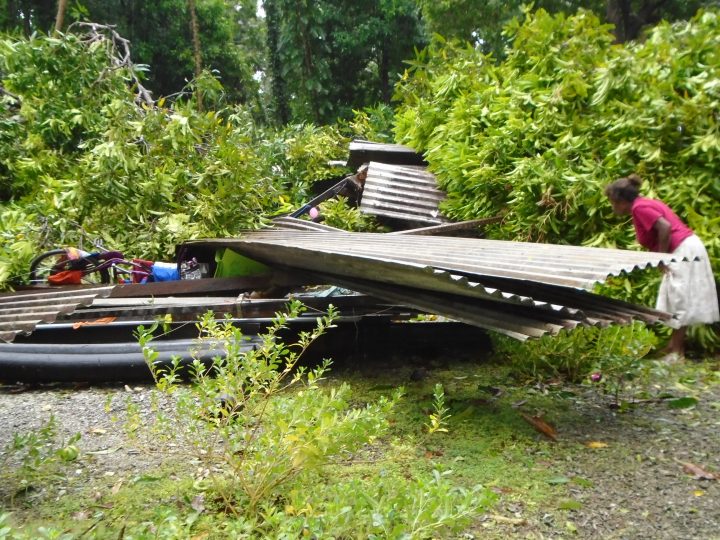 A house at Visale, North-West Guadalcanal was destroyed by a fallen mango tree during the bad weather. Officers from the National Disaster Management Office are ... Read More