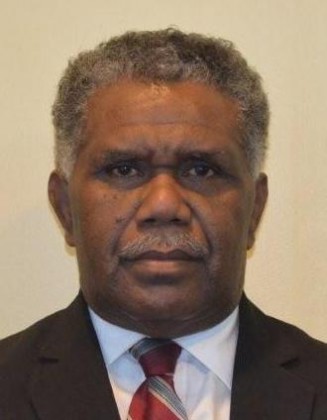 The highlands people of Central Kwara’ae in Malaita Province will now have a 10 Kilometre road, which, when completed will connect them to Auki, the provincial capital along the coast.

The Government’s Research Officer, George Atkin reports, Parliament member for Central Kwara’ae and Chairman of the Government Caucus, Jackson Fiulaua made the statement at a groundbreaking ceremony marking the beginning of road works between O’kwala and Busurata in the hinterland of his Constituency, Friday 11 March.

The new road will also ensure farmers easily travel to sell their products in Honiara and no longer have to carry their produce on their shoulders to the Auki and Atori markets.

Mr. Fiulaua says as has been proven, the new road will open up development in rural areas especially in Agriculture, Health, Education and transport- miners and loggers use them too.

He says with the roads, airstrip and telecommunication links, Central Kwara’ae highlands will no doubt become a tourist destination in the not too distant future.

Meanwhile, Mr. Fiulaua highly commends his chiefs, landowners and especially the Kwalo tribe for allowing the road to be built on their land and also for allowing their edible trees to be cut down free of charge.

Mr. Atkin says, Mr. Fiulaua also praises the Ministry of Infrastructure Development and the Democratic Coalition for Change Government for providing finance to build the infrastructure with state funds.