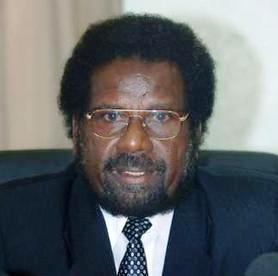 This budget is the first budget of the Democratic Coalition for Change Government and at over $4 billion, it is the largest in
the country’s history.

SIBC’s Leni Dalavera was up at Parliament this morning and he gave this report on Minister Rini’s budget speech.

“Among what he said was that the government’s primary objective is to achieve a broad-based economic development by empowering the people of Solomon Islands to engage in productive activities as well as activities that can absorb a gainful employment for the people. He said the budget, therefore, is a fundamental instrument of the government policy to achieve these objectives and so the more than $4 billion budget is the first step in that direction. He also said that this budget is best described as the “Peoples’ Budget” which will deliver a record $4.81 billion in spending to provide services to all Solomon Islanders.”

More on the Finance Minister’s budget speech in our later bulletins and current affairs programs.

Finance and Treasury Minister Snyder Rini. Photo credit: Parliament. The 2015 Budget will require no additional borrowing by the Government. This is revealed by the ... Read More