Spiritual broadcasts to continue on SIBC

The office of the Prime Minister and Cabinet (OPMC) has clarified that the church devotional radio broadcasts on SIBC will continue until the current contract ends. 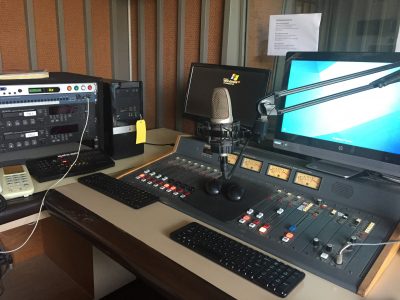 This was announced in response to an Island Sun news item that claimed OPMC has halted the programme.

A statement from the OPMC today said the programme is a popular spiritual programme since it was launched in March 2020 when covid-19 became a global pandemic.

At that time, the Government acknowledged that church services will be affected by the restrictions and to cover for that the OPMC decided to sponsor on-air spiritual devotions on radio as an alternative.

This will allow congregations and individuals to receive prayers and sermons from their homes on radio during the SOPE period.

The OPMC encouraged all Christians in the country to enjoy the on-air spiritual devotions.

One of the Ranger at Haevo Khulano Integrated Conservation Jonas Havimana conducted a DNA test on one of the Leatherback turtles as she lays her ... Read More