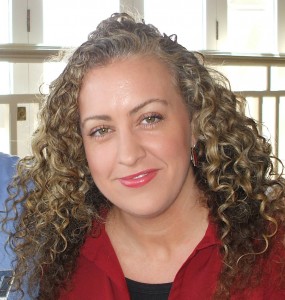 The films are titled the “Broken Wind Chime directed by Regina Lepping” and “The Test”, directed by Adila Dolaiano.

In an interview with the Producer and Co-Writer of The Test Film, Anouk Ride says the screening of the film last night especially the Test Film was to showcase the films for government officials and business stakeholders to see what Sukwadi media can do.

“We’ve organised a Sukwadi media film showcase which is an opportunity to show the government and business leaders the film before it goes on TV because it will go on TV in France, so it’s a chance to showcase to the community we can do and we’re so lucky because some chiefs from the community of Aorigi have attended tonight so it’s special for us to link up the chiefs with the people who came even from Australia on the film screening.”

Meanwhile, Director of The Test Film, Adila Dolaiano thank the Chief of Santa Catalina and people of Aorigi Island in East Makira for supporting them complete the film which takes about six months to be completed.

“I would like to thank Chief Joseph Aaerua, the people of Santa Catalina of Aorigi who is very supportive in standing behind us in helping to make this film come through. Without the community this film weren’t be here, so I am very thankful for them, they are great people.”

Meanwhile 24-year-old Regina Lepping who directed the Broken Wind Chime film, says the film is about finding peace in our youth.

In an interview with SIBC News, last night Ms Lepping encourage young people who have an interest in filmmaking to pursue their dreams and achieve it.

“And I would like to encourage young people who are interested in such new and creative ideas to continue improving them until they are good at it, despite what people may say.”

“I’d like to thank the British High Commission for the publication of my work on “Talem Aot” for the first time, UNDP and also thank the Sukwadi Media in allowing me to work with them.”

A copy of The Nation. Photo credit: SIBC. A lack of analysis and reportage of development in the mainstream media will now be covered by ... Read More