SIBC| Voice of the Nation
HomePeoplePolitics 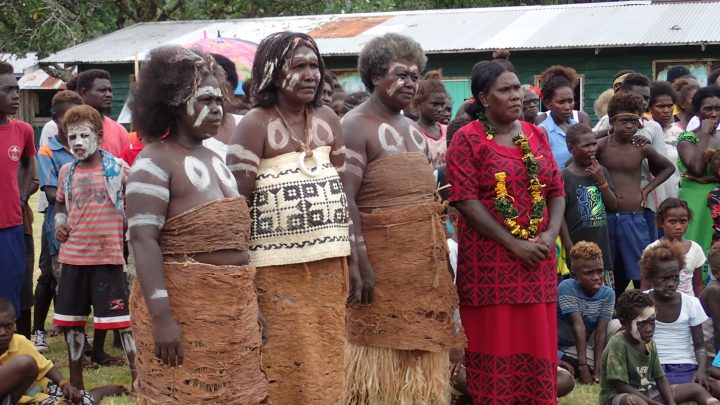 Esther Talisuti from Gizo’s Women in Business with the women of Simbo in the Western Province.

It is a blueprint for the strategies, projects and programmes the province can use to address needs and obstacles that prevent women from developing their talents and fully participate as equal partners in provincial development.

Describing the policy as a milestone, Western Provincial Women’s desk officer Lisi Binet said it should address most of the women’s challenges, doubts and fears.

She said it should provide a more conducive environment for them.

“There’s a lot of backlog issues and challenges for women in this province and elsewhere, they fall on deaf ears and are seen by blind eyes because of the lack of such document to set clear guidelines and directions” she said.

“With this new policy, i do believe that the many challenges for women will be reduced as they are empowered and transformed with the development of this policy.”

Also speaking during the launch, Western Provincial Secretary Jeffrey Wickham said the Government’s next step is to draw up a work plan.

“For what i’ve been told we will go through this document to identify the main features of this document that you want the Government to pursue for the next year and so forth,” Mr Wickham said.

“After we have assessed and analysed this policy, we will the work on its work plan and budget. That will happen in the 2018-19 budget.

“This year unfortunately this was not possible because the previous government already set the budget. But from now until April next year we will see what we can do to support the work of the women in the province.”

The Western Provincial Government endorsed the policy and tabled it in the provincial assembly meeting in May this year.

The outcomes expected from the policy’s implementation include increased opportunities and improved access to education for women and girls, and improved status of women’s participation in decision making and leadership.